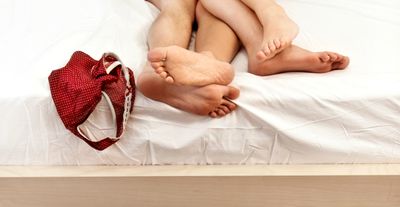 Hey guys!! So I started this blog anonymously for this exact reason, I can talk about whatever I want and not worry about my mom seeing it! There’s so much to talk about when it comes to sex. It’s a HUGE topic. Your view of sex differs depending on your culture, your beliefs, your experience, and more, so it’s so much fun to talk about, because everyone has different thoughts about it. I personally have a TON to say about it, so I’m making this a series! Every “sex talk” is going to be about a different topic relating to sex. If it’s something you enjoy talking about or you just want to learn more about it because you’re a curious 12-year-old, I think you’ll like these sex talks.

Today, I want to specifically talk about sex and younger people. Now, don’t be alarmed. I’m not talking about like kids or even teenagers here, I’m not promoting underage/immature sex. By “young people” I mean someone who is old enough to consent, mentally and physically prepared for sex, but still considered to be a dependent person in some way. Your parents in a way feel like they “own you” or you’re a suspension of themselves. You’re always going to be a little baby to them, so OBVIOUSLY they don’t wanna think about you having sex. I think that’s one reason I’m gonna continue with this sex talk thing, just so you can have someone to talk to about sex random stranger. Because even if your parents don’t think you’re ready, doesn’t mean you’re not. Please don’t go have premature sex because of this post, I’d hate myself.

These social rules for sex are different everywhere in the world, and they are man-made throughout history. That’s why I personally believe that you shouldn’t listen to what everybody is telling you but listen to yourself when it comes to sex. SOOOOOOOOOOOOOOO many people lose their virginities because everybody else around them already has and so many people are afraid to explore their sexuality because of what other people/their parents might think, but fuck both of those things. You will know when you’re ready to have sex and usually it has something to do with somebody special coming into your life. Never have sex with somebody because they want to, you have to want it (OBVIOUSLY) or it’s just pointless!! Don’t let peer pressure drive anything in your life. So let’s take a quick look at sex through history. Historically, sex was meant for baby making. As you can tell by the ridiculously large families that used to be around, people have always enjoyed it. Also historically, women would start having sex and getting pregnant after they start their periods. “Teen Pregnancy” has not been this horrible, uneducated, monstrous thing through history, it’s been the norm for most human life so far. The introduction of birth control, labor changes, equal education rights, religious beliefs, and basically the industrial revolution forever changed sex and pregnancy in the world. Now, since it’s not necessarily used only for pregnancy (big families aren’t as important) and people have sex for pleasure/emotion it’s SUDDENLY not okay for people to do something SAFE that they ENJOY. LIKE WHAT. I understand not wanting to promote sex, especially to kids and young teens, but you don’t have to act like it’s HORRIBLE. That’s a straight up lie. People are going to grow up and want to fuck so why don’t we focus on educating young people about safe sex instead of demonizing sex their whole life? They’re going to have sex (hopefully) in their life, so why not prepare them so they know when they’re ready to make the decision to take that step with a person? I get it, people are scared that if you tell a kid to have sex when they’re ready, they’re gonna think they’re ready by the time they’re twelve. But if you’re a parent, you have to trust that you raised your child to not be an idiot. I think it’s smarter to educate them then to not, because if they want to have sex they’re gonna do it anyway, you can now at least say I told you so or I warned you if they do make a sexual mistake they regret. I also think it’s smarter to educate them so they’ll know what kind of situation they’re in. A kid that knows nothing about sex is an easier target for possible harassment. It’s always better to be educated about something than not and it’s stupid to think that just because you are educated about something, you’re suddenly gonna want do it. I know so many people obsessed with murders, read about them all the time, research that shit all day, but that doesn’t mean they’re going to murder someone (I hope to god).

In the day and age we live in, with all we have learned and all the science that has advanced through the years, I wish we could just modernize the way people think about sex. Obviously young people are going to enjoy it, that’s inevitable. So to recap, sex started out as just making babies, then because of education and modern advancements, it turned into more of something used for pleasure and getting pregnant too young ruins your life so it has been demonized. In reality people should realize that educating young teens about birth control and consensual sex, and talking to them about how freaking amazing sex is when you wait for the right person is the much smarter option then trying to demonize it. When you tell anyone, not just kids, to not do something, it makes them want to do it more, like duhhh this is only one of the most well known human characteristics ever. So enjoy your sex life while you’re young, no matter what anyone thinks! It’s THE most intimate part of your life so nobody’s opinion matters in the end. Just don’t be stupid about it. Let’s be the generation that ends sexual stupidity.

I hope you lil freaks enjoyed this sex talk, check out the next posts linked below!