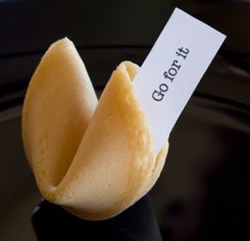 You. Guys. I’m. Freaking. Out. For literal months now I have been contemplating whether I should talk to this boy I have a crush on or not. I didn’t know him at all since we only had a class together last year and at the time I had a boyfriend so I couldn’t talk to him since I knew I was attracted to him. Fast forward one year, I see him leaving the class before mine, and it’s torture. Week after week I wish I could say something to him but what and how and would he think it was creepy?? I was incredibly nervous. Recently, I started freaking out because the semester is ending and I feel like I may never see him again since we aren’t the same major and I just had a feeling this was my last chance to do something about this crush. I don’t ever feel this way, so I have to address it when I do. Being a relatively introverted, shy person, talking to a random person terrified me…well even with all that nervousness I DID IT!!!!

What made me so nervous about approaching him was obviously his response, the fact that idk if he has a girlfriend, and the fact that looking at him makes me want to vomit (because hes so damn cute). I have been going up and down with the idea of talking to him for a couple of days now.  The worst that could happen was being rejected, which is really not that bad and the best that could happen was obviously, him responding positively. You might be asking yourself, Rose, as an avid millennial, why didn’t you just follow him on something and message him? Well, he wasn’t active on the social medias, which I honestly appreciate, but it definitely made it harder for me. So i finally decide to just fuck it and do it, and the response was positive you guys. I got his number.

I tapped him on the shoulder, introduced myself, we had a short nervous conversation, he gave me his number, he shook my hand (and my life), and that’s it. This all literally happened today so I’ll let you guys know what happens. I’m just really proud of myself for doing this because now I don’t have to wonder for the rest of my life if I had a chance.

Confidence is attractive and real life interactions stand out. If you talk to someone and they are an asshole, now you know they aren’t good enough for you. If you want to talk to someone just go for it! It’s either meant to be or not but the chances are zero when you haven’t talked to them. I’m feeling pretty invigorated.

I love you guys, go for what you want in life no matter what someone else might think.