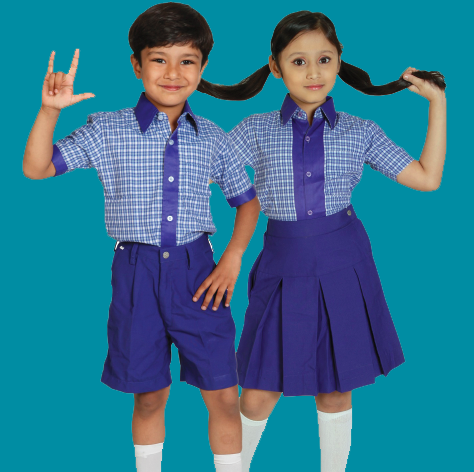 Although we’re not living in an age where only two genders and one sexual preference is accepted, the LGBTQ+ community still isn’t something that’s quite as integrated into our society – or is it? As of a week ago, you child can meet transgenders in schools without even realizing it, and here’s the reason why.

Thanks to “Educate & Celebrate” – a charity that helps develop LGBTQ+ training in institutions of education, a total of 120 UK schools have incorporated a gender-neutral school uniform policy, which will allow both girls and boys to choose whether they’ll wear trousers or skirts.

Dr. Barnes adds: “There doesn’t seem to be any type of school that’s more likely to take it up than any other, and no particular part of the country where there’s less or more take-up.” The story starts just more than a week ago, when the independent Highgate school made the headline for presenting the idea of gender-neutral uniforms, unisex toilets and using “pupil” instead of “boy” or “girl” while addressing students.

On the other hand, there are quite a few schools that have been doing this exact thing without raising any dust. Chief executive of “Mermaids,” a charity that helps children and their parents with gender identity issues, Susie Green said: “Lots of schools are doing it very quietly, very unobtrusively: they’re just getting on with it.”

As a matter of fact, many of these schools are being funded by the government’s £4.4 million fund which has been created to help institutions fight against transphobic, homophobic and biphobic bullying.

Solution to the Problem

These new developments are the result of many serious cases where kids have been endangered by gender-related issues.

A study conducted by The Guardian in 2016 showed that around 2,700 children or adolescents seek medical treatment when they’re faced with gender identity problems. Another research has found that over 1% of UK’s population suffers gender identity issues, which mostly consists out of young individuals.

Green added: “They suffer rates of suicide around 50% higher than the general population. The kids that we deal with are the ones who turn around and say I’m not a boy … or it’s not about being a tomboy. Parents find it really patronizing when they are told it’s a trend, or they are just being politically correct.”

“When you have a child who you have to lock the pills away from and who cries themselves to sleep at night,” she said, “they find it really patronizing to suggest they could possibly be visiting this on their children.”

These are some pretty serious issues, but considering that the LGBTQ+ acceptance movement is now stronger than ever, it’s very likely that smaller-scale projects like this one will help the situation in the long run.

Rose’s note: This post was written by Stefan Simonovic from First Beat Media and his words are so true and helpful! I have more posts from him posted. Check out more of his work and past guest posts below! Thank you so much for reading and Stephan for writing this post.